Orange proves his zest for life

An event rider from Hampshire, Maddy Taylor, and her horse Orange, proved that dedication pays off despite all odds, aided by the skills of McTimoney Animal Practitioner Jenny Lewis MSc, BSc (hons), MMAA. Following a nasty fall which left Orange lame and Maddy with two broken ribs, the pair went on to compete at Blenheim Horse Trials in September last year. Their 2019 season has already taken off to a flying start, with their first event marked by Gatcombe Intermediate and a 5th position placing at The South of England on Sunday 7th April. 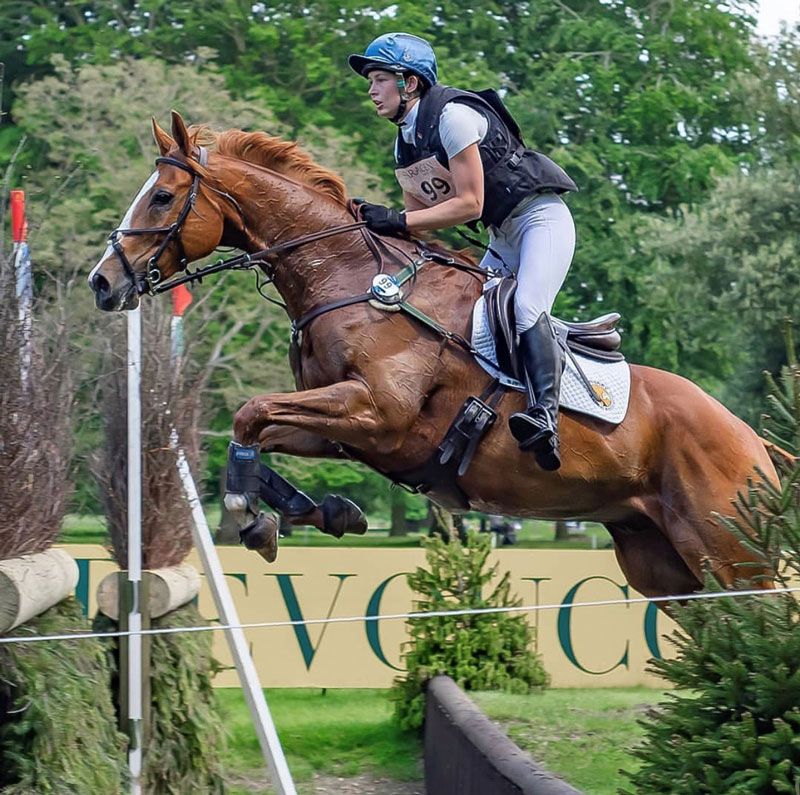 Orange, who is officially named In A Piccle, is a 12-year-old Thoroughbred chestnut gelding. He was gifted to Maddy as a just backed 4-year-old by his breeder Carrie Wells, after sustaining a serious injury in the field, resulting in the inability to be backed for racing as a 3-year-old. Maddy planned his alternative career in eventing and together they progressed steadily up through the levels, competing at the young horse championships at Osberton as a 6-year- old and finishing 17th in the CCI1* at Hartpury as a 7-year-old.

Maddy recalls, “We both jumped our first advanced in 2016 and then jumped clear cross country at Houghton and Barbury CIC3* (finishing 20th) in 2018, qualifying us for Blenheim. I have always dreamed of competing at this prestigious event since spectating as a child, and watching Zara Phillips winning the Europeans there in 2005. Orange comes to life when he is eventing and although he isn’t the flashiest, he has a huge heart. Despite sometimes struggling with the show jumping phase, he is unflappable at cross country and this always makes up for it”.

As Orange has advanced through the levels, Maddy has ensured that he is kept in peak fitness for this demanding sport, with regular treatment by McTimoney Animal Practitioner Jenny Lewis, to maintain his health and performance. Jenny first started working with Orange in 2014, when he was competing at novice level and was about to make the transition to intermediate.

Says Maddy, “I was recommended McTimoney through a friend, and was very impressed when Jenny first came to see Orange. He gets quite a stiff neck from windsucking and her treatment loosens this off for him, allowing for a freer movement. For a horse that works so hard and I regularly ask so much of, it is reassuring to know he is feeling his best”.

Jenny’s observation and workings with Orange have been to address numerous minor weaknesses and musculoskeletal imbalances to ensure he is performing at his optimum. Jenny is also always on hand in an emergency, which came into practice last year.

In the lead up-to Blenheim 2018, Maddy and Orange had a nasty fall at Wellington. The pair had entered the intermediate course, to give them a good run in preparation for Blenheim, but following a trip in the cross country warm up, resulting in a full rotational fall, their run never happened. Recalls Jenny, “Orange was incredibly sore and was initially very lame and therefore it was looked likely that they would have to withdraw. Maddy’s vet and I spent the following three weeks treating the horse; myself with laser, McTimoney and massage therapy, and the vet with anti inflammatories. The vet had to stop the drug-based treatment relatively quickly, due to withdrawal times, but I was able to continue with McTimoney right up until the pair left for Blenheim. I am also qualified to treat humans with my laser therapy, so was able to give Maddy some sessions to help her with pain relief and to speed up healing time with her rib fractures. Luckily, the vet gave the final OK the day before they were due to travel up for the initial inspection, and off they went to their dream event.”

“Considering Blenheim was undoubtedly the toughest course Orange had ever faced, with big crowds to add, he did amazingly” says Jenny. “Unfortunately, he mis- timed the first of 3 fences into the water and having lost impulsion, he dragged his back legs over the second and third element.” Upon completion of the course, Maddy found Orange had cut both a front and a rear fetlock that required stitching, resulting in a withdrawal ahead of the showjumping. 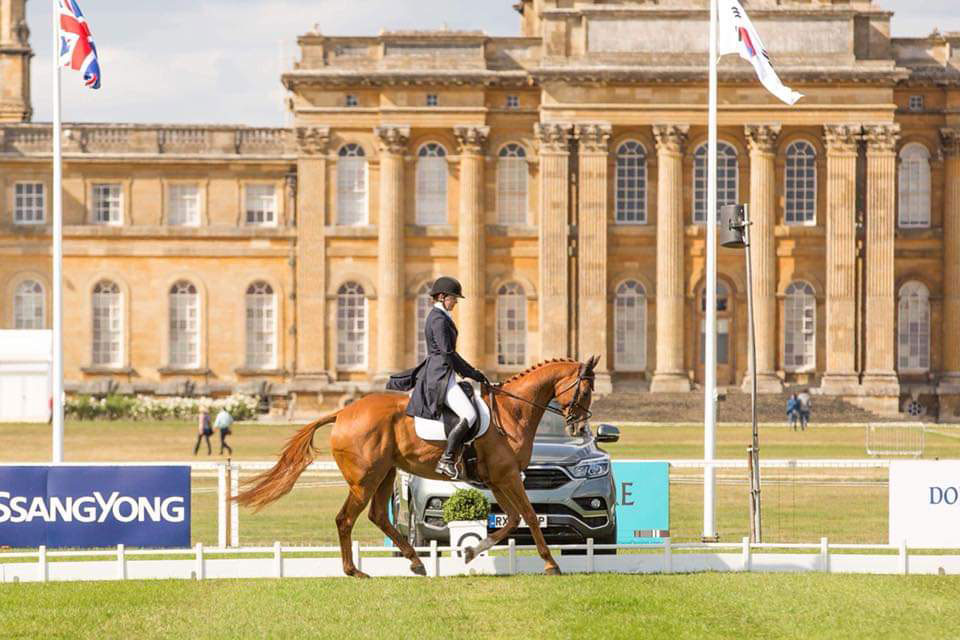 Says Maddy “Orange was an utter superstar at Blenheim last season and jumped his heart out. I couldn’t have been prouder of him. Our sights are set on the CIC4*L at Tattersalls, Ireland at the end of May and hope to return once again to Blenheim in September. In between I just hope to have fun on him and go to our favourite events; Barbury CIC4*S being one! We couldn’t have gotten to where we are without Jenny and McTimoney therapy and it’s been incredible to watch the improvements that the ongoing treatment has made to Orange.”

All members of the McTimoney Animal Association are qualified after training with the
premier institution of its kind, the McTimoney College in Abingdon, having studied up to
three years at postgraduate level attaining an MSc or Post Graduate Diploma in Animal Manipulation.