ALL CREATURES GREAT AND SMALL 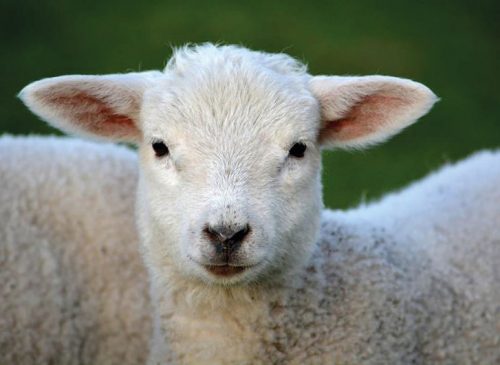 McTimoney Animal Practitioner, Dianne Bradshaw, was called to assist an unfortunate three-week old lamb who had been squashed by a metal gate. Young lambs are a common sight at spring time, but this was an unusual patient for Dianne.

Dianne, who is based in Stroud, received a phone call from an anxious lady who was hand rearing a small lamb for the farmer next door. “It was soon after I qualified and I had only treated a few horses but she asked for my help and as I was going to that area to treat horses I agreed to call in to see what I could do”, explained Dianne. When she arrived, the lamb had done the splits on its rear hind legs as a metal gate had fallen onto him.

One leg was triple its regular size and the other was obviously numb and lifeless. The vet had already been and assessed the lamb and had given him steroids to help the swelling in the leg go down but there was no change to the other leg.”

Using gentle McTimoney chiropractic techniques to help rebalance the skeletal system Dianne aimed to restore normal functionality to the animal. “He was only too happy to let me use McTimoney manipulation to see if it would help”, said Dianne. “As the lamb couldn’t stand on his own, the lady and I had to support him so that I could palpate and assess him. I could then apply the adjustments he needed after which we sat him back down in his sitting position he had been.”.

After the treatment, the lamb was watched closely by his carer as she eagerly awaited him to regain the spring in his step. Dianne followed up with the client a few days later, “She reported that by the next day she saw him manage to get to his feet and was standing up. The following day the farmer brought his mum to join him and by day three they were put back out together in a small paddock.” The familiar sight of lambs skipping across the fields at spring time is a privilege to witness and thanks to a McTimoney practitioner, this little lamb was able to race around the field, in true lamb style, once again.