Like most energetic dogs, Buzz, a lurcher from Worcestershire, loved nothing more than chasing and catching tennis balls that his owner would throw every time they went for walkies.

But one morning during their usual routine, Buzz ran and jumped to catch the ball but on landing yelped, and stopped weight bearing on his hind left leg. When he eventually was able to weight bear, he began walking plantigrade, with his hock on the ground and his toes curled underneath his foot.
Buzz’s owner took him to the vets immediately, whom after some investigations, decided that it was unlikely to be a tendon injury. Left feeling concerned and without answers, his owner enquired with other dog owners about what steps to take next. Following a recommendation of McTimoney Animal Association, practitioner Rosa Carton was contacted by Buzz’s owner to see what could be done to help. Buzz’s vet advised a visit from Rosa, as he suspected a nerve impingement, causing lack of proprioception.

During Rosa’s preliminary assessment of Buzz, the calcaneal tendon was hot and swollen and Rosa could see redness through his skin. Initial thoughts were that he had damaged this tendon and that the digital flexor tendon was the cause of the curled toes. Rosa referred Buzz back to the vets and after a re-examination, the vet suggested that Buzz’s injuries were tendon damage and recommended surgery.
His owner however did not feel comfortable with this option, sensing it was not the right treatment for Buzz. Instead, and with the vet’s agreement, Rosa continued to treat Buzz and improvement in proprioception was seen after just a couple of treatments. A support boot was used to support the hock, meaning Buzz did not strain his tendon further.

Rosa saw Buzz on a six-month check up appointment and by this stage, he was weight bearing, although not equally on both hinds – still favouring the left-hand-side. He was no longer requiring to wear the support boot but his walks are now short and continuously on the lead. His owner does not believe that he will be able to go off the lead or chase balls again, given this was the apparent cause of his injuries. 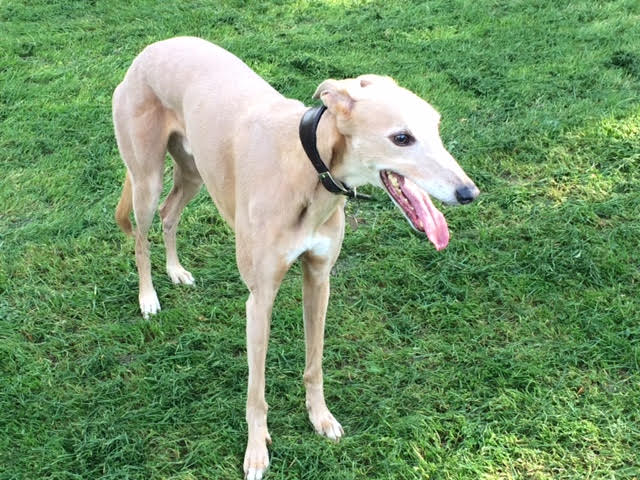